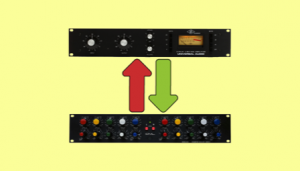 You may have heard the saying: “Always EQ before you compress” – but that’s not always necessarily the case! The truth is, every mix should be treated uniquely. There is no right or wrong, however, certain scenario’s might often require certain practises. Let’s explore this further: EQ first then compression, compression first then EQ and even EQ then compression then EQ, how do we go about identifying when to use what?

Now then, when you record a track, there is going to be bottom end that you don’t want, a good starting point is frequencies below 100Hz. Adding compression before you EQ that out will most likely just amplify this, resulting in the dreaded “muddy sounding” track. Now imagine applying said affect to the total number of tracks in your project – 50, 60 tracks? Exactly. Use a high pass filter (EQ) before compression to free up a bunch of space for the low end to sit nice and pretty in the mix. (Remember, not every track needs a high pass filter!)

Keep in mind, placing EQ before compression will often have the effect of exaggerating the applied EQ, due to a phenomenon known as “frequency masking”. Ok, don’t be frightened, all we mean by this is that louder sounds (or louder frequency ranges within a sound) tend to draw the listener’s attention away from the less audible sounds. This can make the track “sound EQ’ed” without actually producing the specific frequency level changes intended.

So, the rationale here is that if you were to first apply EQ, let’s say in the 2KHz range, that boost could push the compressor in an unwanted way, and actually negate the change. For example, if claps are lacking clarity and presence, first apply compression to tame the transient, and then use EQ, (around 2KHz in this example), to help make them more apparent.

This technique will often result in more audible results, (and therefore fewer EQ artefacts). Essentially, EQ post compression will get the most change with the least EQ. Now let’s think of a compressor and EQ as one in-line unit. Placing the EQ before the compressor is like having a compressor with a frequency dependent Threshold. An EQ boost will send more signal at that frequency to the compressor, which in turn will react to this increase in level and try to control the output level by compressing more.

EQ Then Compress Then EQ Again

I use this approach a lot when mixing vocals. I’ll use a high-pass filter if there are any rumbly, muddy, boxy (pick your adjective) frequencies, to make sure that the compressor isn’t getting overloaded — then I’ll apply compression to taste, with another EQ boosting around 10-15k for the “air”. (See Plugin Alliance’s Maag EQ)

The combination of an EQ before compressor should be regarded as an entirely different animal than a compressor before EQ. The advantages and disadvantages of each are entirely dependent on the effect that your mix needs. The most important thing here is to make a decision based on the source material and move on, rather than fatigue yourself by worrying about “the correct way” to mix. In fact most compressors today, including digital ones, have an inherent tone which in itself can be used as an EQ. All things considered, this question is essentially unanswerable, like most things musical, results are subject to taste! 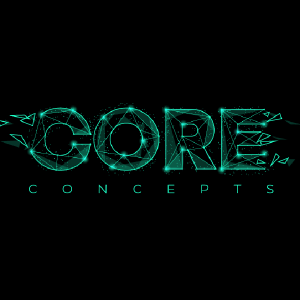 SubBass academy of electronic music was founded in 2001. From our London studio we have taught many key dance music industry figures and with club events at Ministry of Sound launched hundreds of DJ careers. Now our courses are exclusively online with a mixture of Live 121 and tutorial based DJ and music production course options. 2020 has taught us that there is a new way to learn and huge benefits from learning in your own studio/home environment.
Facebook-f Twitter Instagram 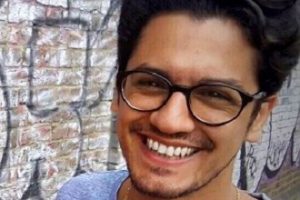 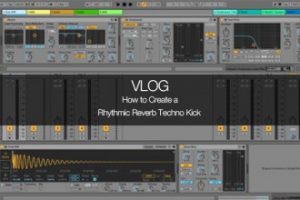 How to Create a Rhythmic Reverb Techno Kick

In this video Michael will be covering the rhythmic reverbed techno kick. This type of kick is punchy and heavy perfect for your typical techno track and adding the reverb helps enhance the quintessential techno tonality.

We use cookies on our website to give you the most relevant experience by remembering your preferences and repeat visits. By clicking “Accept All”, you consent to the use of ALL the cookies. However, you may visit "Cookie Settings" to provide a controlled consent.
Cookie SettingsAccept All
Manage consent

This website uses cookies to improve your experience while you navigate through the website. Out of these, the cookies that are categorized as necessary are stored on your browser as they are essential for the working of basic functionalities of the website. We also use third-party cookies that help us analyze and understand how you use this website. These cookies will be stored in your browser only with your consent. You also have the option to opt-out of these cookies. But opting out of some of these cookies may affect your browsing experience.
Necessary Always Enabled
Necessary cookies are absolutely essential for the website to function properly. These cookies ensure basic functionalities and security features of the website, anonymously.
Functional
Functional cookies help to perform certain functionalities like sharing the content of the website on social media platforms, collect feedbacks, and other third-party features.
Performance
Performance cookies are used to understand and analyze the key performance indexes of the website which helps in delivering a better user experience for the visitors.
Analytics
Analytical cookies are used to understand how visitors interact with the website. These cookies help provide information on metrics the number of visitors, bounce rate, traffic source, etc.
Advertisement
Advertisement cookies are used to provide visitors with relevant ads and marketing campaigns. These cookies track visitors across websites and collect information to provide customized ads.
Others
Other uncategorized cookies are those that are being analyzed and have not been classified into a category as yet.
SAVE & ACCEPT